I ran behind on this series last year but its finally here. Cooper releases on March 27 and Shane releases in April. But I've started the series off with the two books I wrote last year that feature the Presley brothers in them. So, book 1 is Her Cowboy Hero featuring Cooper Presley and his brothers' friend Trip and also their good neighbor Lori. It is a wonderful story that readers are loving. Book 2 is Bride For Hire and features the Presley's cousin Carson Andrews and Bella Reese.

I'm really excited for what's coming up this year. So stay tuned! And sign up for my newletter please to stay connected.

Romance, cowboys, rodeo, ranching and wild mustangs…the Presley men, aka the cowboys of Ransom Creek, will win your heart and have you longing for Texas. 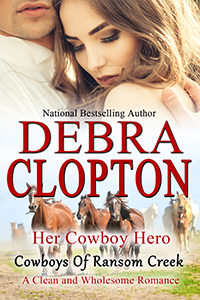 Rodeo bronc supplier Lori Calhoun has struggled to live up to expectations after her father’s sudden death. When a trailer load of her star broncs disappear, the Knight Agency steps in to investigate.

Foreman of the Calhoun Ranch, Trip Jensen has watched Lori struggle to keep up with the demands of the ranch and the rodeo stock. He’s always admired her and loved her—but he’s kept that to himself. She was the boss’s daughter and is now the boss…off-limits for a cowboy like him. When more stock begins to disappear from the ranch, they must work together to solve the mystery. Unable to know who on the ranch to trust Trip enlist the Presley brothers from the neighboring ranch to back him up.

Lori has always admired Trip but he made it clear years ago that he wasn't interested in her as more than a friend. Now, he sticking close and she’s finding it hard to concentrate on the danger and not the man.

Can love blossom between them before time runs out? 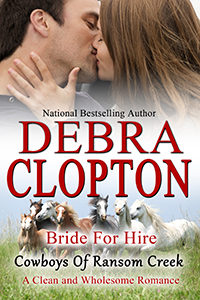 Single males in need of a bride for a day? This is strictly an at your service business proposition. . . Do you need the eyes of a woman to help plan and/or set up an event with your personal interest and taste in mind, but with an added touch of your bride—if you had one—then call Bride for Hire and let me do the work…

Jilted twice Bella Reese has no plans to find out if three’s the magic number. She’s done with men. But she’s always loved the idea of being a bride, setting up house, planning parties making sure things are pretty and homey-the perfect nest for a home…and she’s determined not to give up on that dream. Six months after her final wedding fiasco she’s turned a new leaf and opened her business, Bride For Hire. So far she’s been amazingly busy with corporate events with no “homey” entering the equation. Until now…

After being jilted by his ex, Rancher Carson Anderson will never make the marriage mistake again. But now his daughter is turning four and he wants to make her fourth birthday special and redecorate his ranch house to make it more “homey” for a growing little girl. The irony of his situation is he lives on the outskirts of Bride Texas the legendary home of the jilted bride…a small town south of Fort Worth.

When his cousin Cooper Presley shows him the ad from a Fort Worth newspaper it’s everything he’s looking for—even the plainly stated—absolutely no romance involved. Carson makes the call.

It sounds like the perfect plan until he meets Bella. 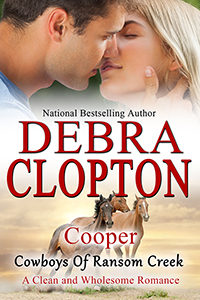 After making a major dating mistake, Cooper Presley has sworn off women. But then he meets his new neighbor and she's making his new “no dating policy” hard to abide by. She's special and he knows it, but what's he going to do about it?

Beth Lee is happy to settle into her new property with her baby goats and her dreams of a small productive farm. Forced to hide from her ex-boyfriend, she isn't looking for romance of any kind. Especially with a cowboy with a jealous ex of his own. But after Cooper rescues her baby goats she can't get the handsome cowboy off her mind.

When her past catches up to her, Cooper Presley comes to her rescue. Now, despite all the rumors and the jealous ex’s, Beth is at risk of falling in love with the sexy cowboy.

The small town of Ransom Creek is buzzing with rumors, a little suspense…and a lot of speculation that Cooper Presley might be the first of those handsome Presley men to fall in love. 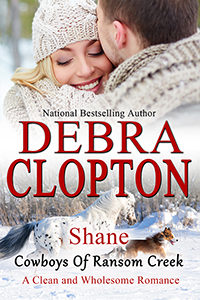 Dumped by her fiancé, Jenna Emory decides it’s time to visit her Aunt Sally in Ransom Creek. Maybe there she can decide what her next move should be. Though her aunt has been urging her to join her in the “junk” business for years she’s certain that small town life isn’t for her. To ward off her aunt’s matchmaking she decides not to tell her the engagement is off.

For as long as he can remember, Shane Presley’s aunt and her friend, Sally Ann have been hoping to fix him, or one of his brothers, up, with Sally’s niece. The only problem-she’s a city gal who recently dashed their dreams by getting engaged to someone else. But, after rescuing her from her car on a freezing winter night, Shane finds suddenly that he is as disappointed as the aunts are that she’s engaged.

Determined not to stay in Ransom Creek, Reese is fighting not to fall in love with the town or the cowboy who rescued her when she first arrived. She’s a city girl with a big career in advertising. She is not a “junk” dealer…

Despite it being the coldest winter in years, sparks are flying in Ransom Creek as Shane and Reese fight their attraction to each other.